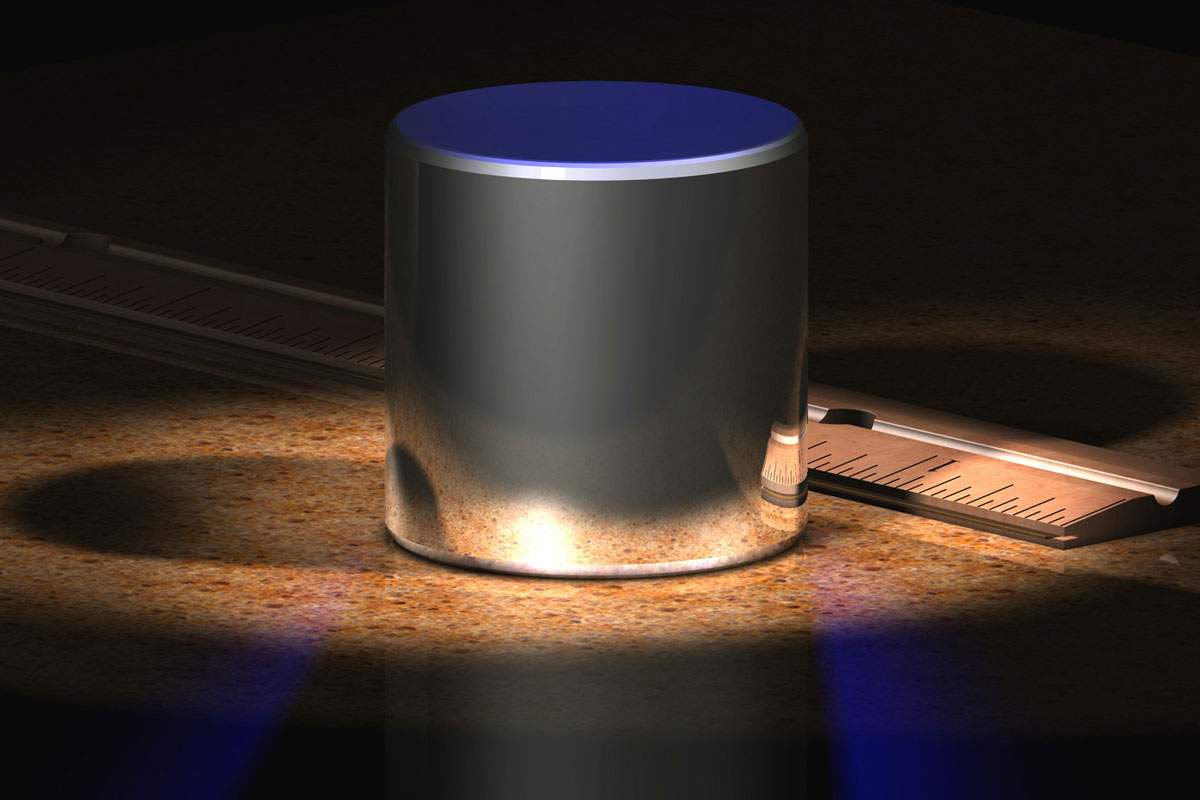 How do you really know whether the bathroom scale at your house is accurate?

Ultimately, it all comes down to international standards, maintained by the International Bureau of Weights and Measures, headquartered near Paris in Sevres, France. The weight of an object depends on both its mass, and the pull of gravity.

Mass is more fundamental, because it's the same everywhere, regardless of gravity. So, the kilogram was officially defined as the mass of a particular cylinder of platinum alloy cast in 1889 and stored in a special vault at the headquarters.

This might seem surprising, since any slight scratch or smudge on the cylinder could cause its weight to change, throwing off measurements worldwide. The piece of metal could even get lost or stolen.

Measurement scientists--who are also known as metrologists--have been worried, too. They've worked for years to find a better standard. Extremely accurate measurements are becoming more important for science, medicine, and business. In 2018 the experts adopted a solution. They redefined the scale for measuring mass using a fundamental constant of physics called Planck's constant. The constant is the same at all times and in all places.

Planck's constant is a relationship, discovered in 1900 by Max Planck, between the frequency and energy of a photon, the fundamental particle of light.

Note: The original audio recording of this episode incorrectly states that the cylinder used as the standard for the kilogram was cast in 1879. In fact, it was cast in 1889.