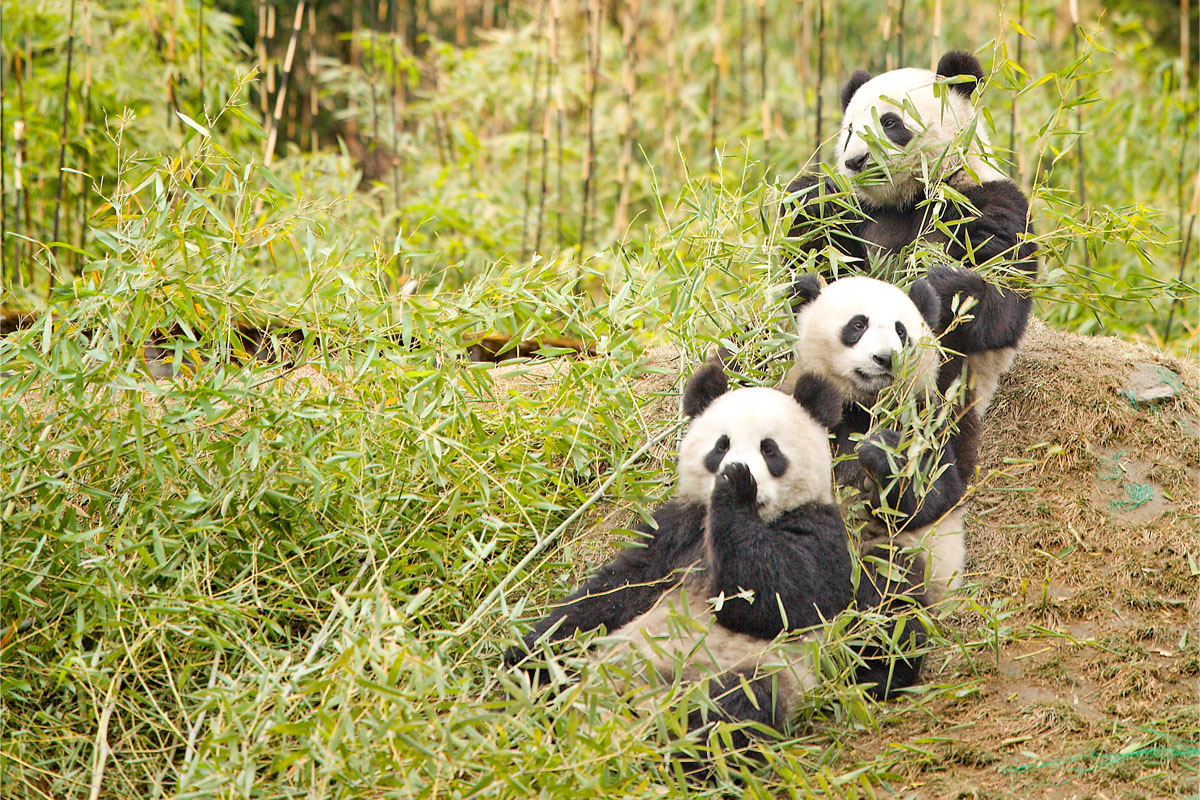 Many people know that giant pandas primarily eat bamboo for breakfast, lunch and dinner. Now scientists have found that as recently as 5,000 years ago, giant pandas had a much more diverse diet than they do today. It was a surprising find, since we previously thought it had been over two million years since their diet was any different.

The researchers looked at isotopes in the bodies of modern pandas and fossils of ancient pandas to come up with this new date. Isotopes are atoms of an element that have different numbers of neutrons.

Modern-day pandas have a very low heavy to light ratio because of their bamboo-only diet. But pandas from 5,000 years ago had ratios similar to other herbivores, implying that, like other herbivores, they ate a variety of plants.