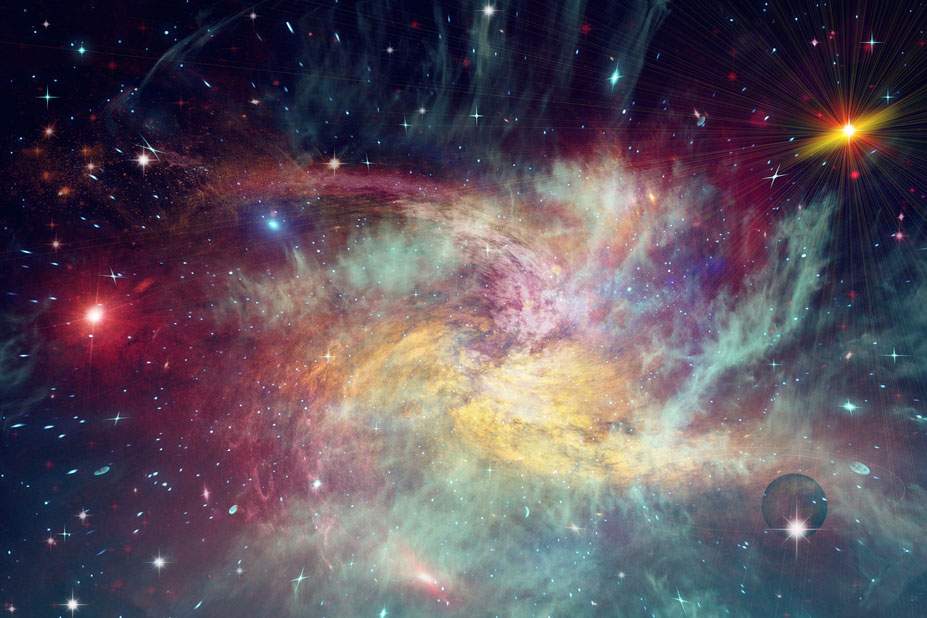 The Milky Way galaxy is on a collision course with its largest neighbor, the Andromeda galaxy. Never fear. Although the galaxies are speeding towards each other at a rate of 300,000 miles per hour, the collision won't occur for another three billion years. At this point the galaxies are still 2.2 million light years apart.

So named for its appearance as a blur of light in the constellation Andromeda, this large spiral galaxy contains roughly twice the number of stars as the Milky Way. Many astronomers hold that the cloudy image representing the Andromeda Galaxy in the night sky is the most distant object visible to the naked eye.

Scientists explain the inevitable collision by speculating that the Milky Way and Andromeda galaxies are a bound pair, meaning that they are in orbit around each other. Formed in relative proximity soon after the Big Bang, the two galaxies initially separated with the general expansion of the universe. However, mutual gravitational attraction between the galaxies halted this separation after several billion years and has been drawing them together.

The meeting of the Milky Way and Andromeda will not necessarily result in earthly destruction. According to one scenario, our solar system may be propelled towards the center of the merged galaxies, where frequent supernovas, or exploding stars, will light up the night sky. Conversely, the merger might disrupt the normal trajectory of our solar system and cause the sun, earth and other planets to fly off into intergalactic space, far away from the newly formed galaxy.

"Andromeda and the Milky Way: A Merger of Galactic Proportions" (NYT)